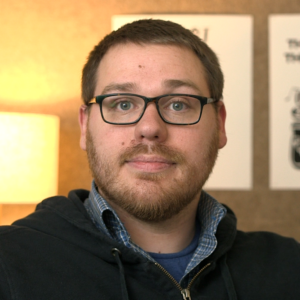 When you first start learning about microphones, or begin looking for a microphone to purchase, you’ll quickly run into what is called a microphone polar pattern.

What is a Microphone Polar Pattern?

For example, the cardio microphone is excellent at picking up sound in front of the microphone and to the sides but rejects audio from behind it. This isolation can help improve audio quality, allowing you to focus on your target sound, such as someone’s voice. However, sometimes you may want to pick up a two-person conversation or the overall tone of a space, which is where the omnidirectional and bi-directional pickup patterns become useful.

The five primary microphone patterns are:

There are additional microphone patterns, such as other cardioid patterns, but those are slight modifications on these basic patterns. Knowing these main five will help you as you look for the best microphone for your videos.

Let's explore each of these in-depth.

Omnidirectional microphones pick up in all directions, meaning they’ll pick up all the noise in the space. While this can be great for many scenarios, it can be a disadvantage when trying to isolate a single sound, such as a person talking.

Area to front and side, with rejection to the sides, such as a figure 8.

Bi-directional microphones focus on audio in the front and back but reject audio from the sides. This pattern makes them less able to cancel out the noise in your environment but allows you to more easily focus on two distinct sounds on opposite sides of the microphone, such as an interview with one microphone.

A heart-shaped pattern that picks up sound in the front well, less well to the sides, and rejects audio from behind it.

Cardio microphones pick up sound mostly from the front and reject audio from behind. These microphones give you more focus, but the broad pickup in the front means audio in the space can be picked up from the sides.

A heart shape that's narrower than the Cardio mic, but with additional pickup area behind the microphone.

Suitable For: Single person audio in quiet space, focused recording of live sounds, such as music performances.
Not Good For: Noisy environments, wind.

Supercardioid microphones pick up sound mostly from the front with a narrower pickup area than a Cardio microphone. However, it comes with some additional pickup from behind the microphone making them more susceptible to environmental noise, as they provide no real noise cancelation in any direction. Think of these as omnidirectional microphones that reduce the intensity of sound in some directions.

Tightly focused toward the front, significant rejection to the side, and some pickup from behind.

Suitable For: Dialogue, narrative, documentary.
Not Good For: Natural sound, environmental sound, the sound opposite of focus.

Shotgun microphones, which get their name from the shape of the microphone, are tightly focused on audio in a single direction. They’re most commonly known for their use on films and are usually the microphones attached to a boom. They concentrate tightly in one direction and reject audio from the sides. It can pick up some sound from behind, so keep this in mind. When booming from overhead, for example, it can pick up airplanes flighting over. However, this is one of the most targeted microphone styles designed to isolate a single audio source from its environment, which makes them great for recording individual dialogue.

Which Microphone Pattern is Best for Vlogging?

There is no apparent “best” pickup pattern for vlogging, because it can vary based on your vlog’s format and the specific microphone you’ll be using.

Here are the pickup patterns for some of the more popular vlogging microphones:

Amongst the popular vlogging microphones, Cardio microphones are the most common, followed by Supercardioid microphones.

Lavalier microphones, which are the microphones you typically clip to your shirt, are often omnidirectional. While this seems counter to isolating your voice, its proximity to you helps it pick up your voice and separate it from the environment.

If you're looking for a good microphone for your vlog, I can highly recommend that Rode VideoMic Pro and the Rode RodeLink Wireless Lav. Both of these are excellent at recording audio for most vlogging styles.

Get our weekly email

Get exclusive tips to improve video quality, drive discovery, and grow your audience.

Thank you! Your submission has been received!
Oops! Something went wrong while submitting the form.